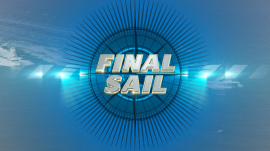 The highly touted 2016 Quest for the Crest Sailfish Series came to a close over the weekend with Final Sail, the grand finale of the 4-leg series that spans the east coast waters from West Palm Beach to Key West, FL. With an $800,000 purse up for grabs and the world champion title on the line, the stakes could not have been higher in Key West for the 36 teams competing in Final Sail.

Leading up to the tournament, the battle for the burgundy jacket and the #1 sailfishing title in the world was highly contested with team Contender One leading the fleet with a cumulative score of 74 points followed by team Liquid in 2nd with 66 points and Utopia in 3rd with 60 points. Despite a large concentration of fish inside the tournament boundary, conditions forced teams to make the most out of every opportunity they had. Team Sandman did just that on Day 1, releasing 12 fish to take the $75,000 daily and a commanding lead heading into Day 2. The Edge got off to a hot start of their own with a total of 10 releases and a $36,000 score for 2nd Place in the daily.

On the dawn of Day 2, light winds and light current made for a slower bite. Despite the tougher conditions, Captain Ray Rosher and his crew on Miss Britt got into an early rhythm and capitalized on seven releases by lines out. They grabbed the $75,000 daily on Day 2 and their lead angler, Stephanie Choate, tallied up a total of 11 releases to take the lead in the female angler division as well as the master angler division. Captain Luis Coll and his Utopia teammates also had a great Day 2 performance with five releases and the 2nd Place $36,000 daily. Those five releases bumped them up to 13 total for the tournament and a 2nd Place position heading into the final day of the tournament. Team Sandman followed up their Day 1 performance with another five releases on Day 2 and a four fish lead on Utopia.

Day 3 belonged to team D&D. They got off to a hot start with 7 releases before noon. Despite a slow afternoon for the team, they managed to hang on to the lead earning the daily and a paycheck for near $78,000. Team 4 Aces had the hot hand on the afternoon of Day 3. They went on a flurry to release seven fish and bump themselves up to 3rd Place overall with 14 total releases and a $102,000 payout. Team Weez in the Keys earned $28,810 in 4th Place with 14 total releases and The Edge rounded out the Top 5 with 13 releases and a check for $44,880.

Heading into the final day, the fate of the Quest jacket would come down to the wire. Both Sandman, Contender One, Liquid and Utopia were all within striking distance of claiming the jacket. Sitting in 2nd Place at the start of Day 3, Utopia fought off a 14-point deficit to take the lead, but they would need to continue catching fish to defend it. By midday of Day 3, Utopia had not released a single fish. With other boats in the fleet starting to move up the ladder, it was beginning to look as if Utopia’s lead would slip away from them. Like a true champion, they rose to the occasion and went on an afternoon run to release five sailfish and finish the tournament in 2nd Place with 18 releases. That finish was enough to secure the jacket and the #1 sailfishing title in the world for 2016. They also supplemented it with $52,580 in winnings at Final Sail plus a Breitling Emergeny II watch for Luis Coll, top captain in the series, compliments of Altier Jewelers of Boca Raton. Team Liquid finished 2nd in the points race with 86 points – just 3 points behind Utopia followed by Sandman in 3rd with 84 points, Contender One in 4th with 83 points and Priceless in 5th with 73 points.

While Utopia stole the show in the Quest for the Crest race, the tournament fleet got a steady dose of Sandman all week during the grand finale. Captain John Dudas and his team took the lead on Day 1 and they never relinquished it. With four releases on Day 3 they finished the tournament with a total of 21 releases and a staggering $260,770 payday!

In the angler category, Stephanie Choate was able to capture the Top Female Angler trophy as well as the Master Angler trophy with a total of 12 releases in the tournament. The Top Junior Angler was Brett Brincefield on D&D with three releases. Team Sailsmen weighed the heaviest king of the tournament at 32.1 pounds. The kingfish also turned out to be the heaviest fish scored in the optional entry Big Fish Bonanza to earn the team a paycheck for $13,650.

The total purse for the 2016 Final Sail was a record setting $803,950! Combined payouts across all 4 legs of the series tallied $2.6 million dollars. For a complete list of results for Final Sail visit: https://www.bluewatermovements.com/final_sail_results/

For a complete list of the standings from the Quest for the Crest, visit: https://www.bluewatermovements.com/quest_for_the_crest_point_standings/